(This article was originally published on the RazorPlan blog.)

On July 18, 2017, the Liberal Government announced a significant set of tax proposals designed to close certain tax loopholes that can result in high-income individuals gaining tax advantages that are not available to most Canadians, these include:

In recent interviews, Finance Minister Bill Morneau said that average Canadian business owners need not worry about his proposals, because if you make less than $150,000 per year you will see no increase in taxes paid. He continues to state that he is going after only the wealthiest Canadians that use corporate tax loopholes to gain advantages over the hard-working middle class. It is important to note however, that what Bill Morneau refers to as tax loopholes are in fact legitimate tax planning strategies that have been available to all Canadians for many years.

To help sell these proposals proponents of the new tax have released simple spreadsheets illustrating the impact to an individual in Ontario earning $1.00 of business income who earns over $200,000 and pays tax at the top marginal rate of 53.53%. In other words, the wealthy 1%.

As a financial planner, I know first hand that most small business owners are not wealthy. They are hard working average Canadians who are struggling to build their business, often at the cost of not being able to make regular contributions to retirement plans. As a software designer, I know first hand that simple spreadsheets do not provide enough analysis to come to any meaningful conclusions, due to the complexity of our tax system. All they do is support the opinions of the author.

So, to help bring some meaningful analysis to the position that these proposed changes will not burden middle class business owners, Razor Logic Systems has deployed a temporary version of our financial planning software RazorPlan that addresses one aspect of these proposals, passive investment income. As the largest provider of financial planning software to independent Canadian financial advisors, upon request we will temporarily make this version available to any financial writers, bloggers, the media, and Minister Morneau.

Currently, to eliminate double taxation, a portion of the income tax a CCPC pays on investment income is refundable. In Ontario, the combined Federal and Provincial tax rate is 50.17% made up of 19.5% non-refundable and 30.67% refundable only once the income is paid to the shareholder in the form of a dividend. This effectively ensures that the tax paid on $1.00 is the same regardless of where it originated. The tax proposal aims to eliminate the 30.67% refundable portion, claiming the low tax rate on active business income in a CCPC creates an advantage for individuals with a corporation compared to individuals who earn income personally.

To test this, I created two hypothetical retirement scenarios using RazorPlan and shared the results in a spreadsheet on Google Docs.

Bill Smith Jr. and his wife Mary are both age 55. They own a small dry-cleaning business and pay themselves $50,000 each per year. Over the years they have raised their 3 children, paid off their mortgage and managed to save $75,000 each in RRSPs which they both contribute $9,000/year to. After years of sacrifice they are now in the position of earning a profit of $25,000 before tax and plan to invest the after tax $21,250 in passive investments each year until they retire at age 65.

Assuming a 5% return on investment, my analysis calculates that they will have total investment capital of $755,000 (RRSP + Corporate). This along with CPP, OAS and the 30.67% refundable tax will provide an after-tax income of $56,800 in today’s dollars with inflation of 2.5% to age 90.

Should finance proceed with the elimination of the refundable tax, they will see a reduction in after-tax income in retirement of 3% to $55,100 in today’s dollars. If this is not going to be adequate, they would need to delay retirement by 2 years to grow their investment by $58,000, which is required to off-set the tax increase on passive investment income.

According to the Liberals, because they earn less than $150,000 they should pay the added profits to themselves and invest personally. Assuming they do and use the added income to top-up RRSP contributions and take advantage of TFSA, they will accumulate total investment capital of $761,600 by age 65 which will provide $57,000 of after-tax income, $200 more per year than what is currently provided by the status quo.

So, it would seem the Liberals are correct, provided they invest for retirement the Liberal way. The only problem with this logic is that they may have other reasons for not wanting to take all the profits out of the business, in which case they would most certainly be worst off.

Bill Smith Sr. is 71 years old and recently widowed. Last year when his wife died he sold his small barbershop in an asset sale. Although he wanted to sell his shares, he agreed to the asset sale due in part to the current refundable tax the Liberals are planning to eliminate. After paying taxes he netted $400,000 in passive investments in his company.

To be able to maintain the same after-tax income he is projected to have today, he would need to increase his return on investment from 5% to 6.9%, an increase of over 37%! Another alternative, according to the Liberals, would be to wind-up his company and invest the after-tax proceeds personally. This will allow him to take advantage of current and future TFSA contributions. If done in one year, he would pay over $159,000 in personal income taxes along with $8,200 in Age Credit and OAS clawbacks.

Winding-up as it turns out would cost even more, reducing after-tax income to $42,300, a 16% reduction. Even if the Liberals implement some form of grandfathering, the increase in accounting fees will also be a hardship to average Canadians. Replacing a tax increase with added tax-filing fees does not help average Canadians.

Bottom line, the refundable tax mechanism as it stands today works and is fair to all Canadians, regardless of how much wealth they may have. I ask all financial advisors to write their MP to express your concern over the destructive impact eliminating the refundable tax on passive investment income will have on your client’s retirement planning, past and future.

Want to tell your MP what you think about the proposed legislation? You can look up their contact information with your postal code using this tool. 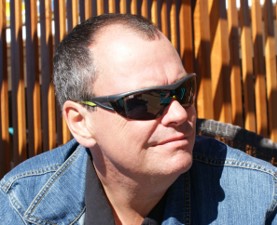 Dave holds the CLU and CFP designations and is a strong advocate of professional standards and the Value of Advice that dedicated financial professionals provide to their clients.